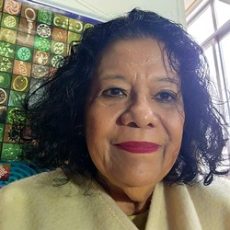 blogs:
Shamanic Healer and Healing Wheel
Light Dimension
We are all one 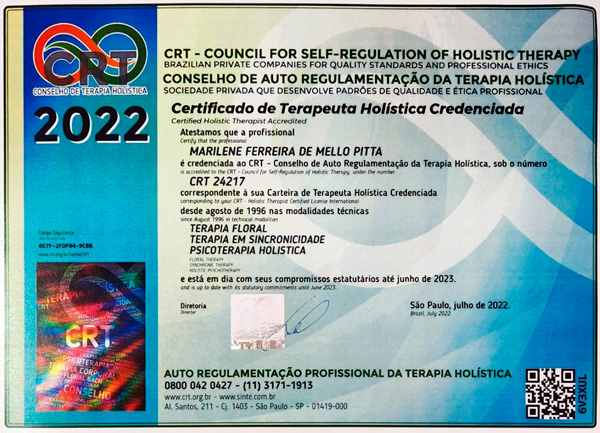 Graduated in Letters from Universidade Santa Cruz (Bahia – Brazil); where she developed as a University Professor in Bahia Art Education Projects for Public and Private Schools. On that occasion, he published numerous Chronicles and Poetry in the newspapers of the city of Itabuna-Ba. Publishing the book “AN EXPERIENCE IN ART EDUCATION” by the Secretary of Culture of the State of Bahia.

Master in Education and Human Development (Estacio de Sá University in Rio de Janeiro) with the thesis “THE IMAGINARY OF AFRICAN CULTURE IN BRAZILIAN PEDAGOGICAL BEHAVIOR”. Thesis recommended for publication and had the maximum degree of approval by the examining board. Paper presented at the Unipaz Congress, in Florianópolis.

Basic Holistic Training at Faculdade São Judas Tadeu and Graduate Studies (UNIPAZ – RJ) with the thesis “Wheel of Mourning and Light Connected to the Sacred” in the Transdisciplinary Holistic Therapy course with the focus “when death arrives without asking for permission”. presented at the Unipaz Congress in Campinas.

Postgraduate in Floral Therapy from the State University of Rio de Janeiro where she presented a clinical case on “Healing: Florals and Dreams”.

She belongs to the International College of Therapists (CIT) as a Clinical Therapist, where she received all the consecration according to the 10 CIT Guidelines.

Has training in the Clinical method of Therapeutic work Ramain-Thiers, Rio de Janeiro, going through the entire therapeutic process with Supervised Internship. He worked for many years with this clinical intervention.

She works at O APRRENDER A CONVIVER as a Holistic Therapist (RIO DE JANEIRO). Has several Shamanic Initiations with Brazilian and International Shamans from different Native Nations; and also the Andes.

I always see Initiatic Journeys as an anthropological way of learning, getting to know different cultures and knowledge, but which are intertwined in the dance of the Universe.

He was present in this process in sacred places, always honoring his ancestors: Mexico, Scotland, France (the last time was On the Way to Mary Magdalene -2010); Spain, Portugal, Holland, Germany, Cuba, USA, Mount-Shasta, Peru (and times), Chile (2 times), Sanctuary of Our Lady of Fátima (Portugal), Our Lady of Lourdes (France) as well as Our Lady of Aparecida (SP) if you never forget Our Lord of Bonfim (Bahia) including the their sacred Candomblé terreiros. Gratitude to my Orixás of my family lineage.

Received Initiations to operate with Multidimensional Healing Systems, among them: REIKI USUI I and II, REIKI KARUNA I and II, Order of Melchizedek.

Tribute in Honorable Motion by the City Council of Rio de Janeiro for donating its private library to children in the public school system. Personality of the Year Award for twice and for works benefiting the population of the city of Itabuna-Ba.

Cited as a researcher in the book “Brazilian essayists – women who wrote about literature and arts from 1860 to 1991 (Ed. Rocco: 1993) authored by Heloisa Buarque de Holanda and Lucia Nascimento Araújo. Then, in the Dictionary of Brazilian Literature by author Nelly Novaes.

Especially, the work “STELAR SHAMANIC HEALING WHEEL“ was chosen in the poster category at the International Congress of Transpersonal Psychology (ALUBRAT) in 2010.

In 2010, he finished the Training Course in Energy Alignment Therapist, after 2 years of studies with Pricilla and João (gratitude to São MARCOS) and 1 more year with Ernani Fornari where I did the two works of my life memorial.

Always studying, researching and making Knowledge and Information a SOURCE OF WISDOM that lights up when it bows before the Universe of God! He took the Multidimensional Healing Course with the Arcturians. More so, Shamanic Therapist. Currently, it also facilitates Shamanic Consultations and Shamanic Healer Seminars and Healing Wheel.

I thank my parents Cícero Ferreira and Laudicéia Tamarindo Ferreira for the gift of my life – my bows with longing and respect!

Gratitude to Amélia Amado – my benefactress – through her I had the possibility to continue my studies at Ação Fraternal.

Deep thanks to Sister Dalvanir Filgueira Rosado who always believed in me and more than ever introduced me to a Kind, Generous God and a Father-Mother who always blesses in the Franciscan Charism: Illuminate and Soften! (I believe that the seed of being a therapist after many years was germinated in this sacred teaching).

Thank you to Rio de Janeiro that welcomed me and opened paths for me in the eternal vision of Christ the Redeemer!

To those who have already been healed, to those who are being healed and to those who will come to seek healing – Peace and Trust! In front of!

I am a daughter, sister, friend, mother, aunt, godmother and grandmother in this Ciranda de Amigo@s manifests the mission of being a therapist.